Skip to content
After being on the go every couple days we were ready to be able to settle somewhere for a week! Luckily, we were able to stay with Scott’s cousin, Jen, in Edinburgh during one of the biggest music and arts festivals in the world, the Fringe. 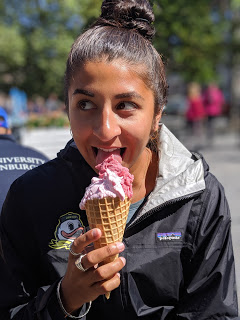 We arrived to Edinburgh very late in the evening and ended up staying up even later talking to Jen at her flat. She told us about things going on that week, and we gossiped, as families do. Jen happens to be a walking tour guide which is incredibly convenient because she knows everything anything about the city and beyond. Her wit is quick and her knowledge of history was extensive, just what you need when visiting a new place. 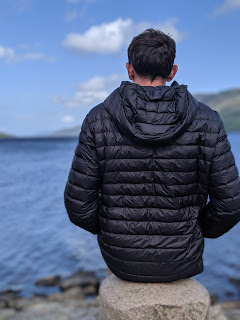 Our first two full days we spent exploring downtown Edinburgh. We got to check out the Royal Mile which also happens to be the center for the Fringe festival. Jen also starts her work tours from there, so inbetween her tours we were able to meet up and get our own mini tour with some of the best ice cream I have had included. Mary’s Milk Bar (Jen is personal friends with Mary) makes all sorts of artisan ice cream flavors like Rose and Ginger, Salted Caramel, and Black Sesame. We were in heaven and stopped by Mary’s as many times as we could before heading to Dublin.

During the Fringe there are hundreds of shows from acapella to comedy every day for the month of August. The venues for these acts range from on the street, to pubs and large theaters. It is a very surreal culture and because Scott and I LOVE live music, we couldn’t get enough of the festival. Shows range anywhere from free (so you donate a fiver or whatever you see fit) to a couple tenners. While we were there we purchased tickets for some comedy shows and went to some free ones. But our most favorite shows happened to be the unplanned random acts on the street including two dueling violinists, and a teen with a unique voice and a whole lot of passion. Music is one of those things that across cultures you can always find an understanding that is vast and meaningful. If you’ve grown up around so much music like me, it touches you deep in your soul and gives you a homey feel. It’s a bit hippy dippy, but it describes the feelings that vibrates my rib-cage when I listen to live music. 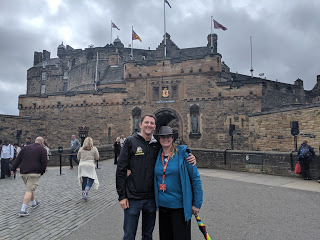 Anyways, after a day of music listening and walking around we finally got to have a proper tea time. I have wanted to do this forever! What better place than the UK to partake in afternoon tea, and let me tell you it lived up to every expectation and movie scene I had ever seen. We went to a small shop with the sweetest people called Eteaket and indulged in afternoon tea not once, but two times while in Scotland. You get to pick your own kettle of tea (I got Bollywood Chai, most amazing tea I’ve had) and Scott got something smokey (yuck), with that we got small smoked salmon sandwiches, a biscuit with clotted cream and homemade jam, and little mini pastries to enjoy. There’s something in the simplicity of relaxing and drinking a cup of tea in the afternoon that makes it so perfect. 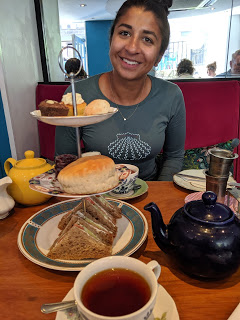 Scott’s other cousin, Peter, was expected to arrive Thursday evening so before we saw him we met up with one of my friends from high school who was getting his Masters’ in Edinburgh (small world). We met in one of the small sub-sections of the Fringe that had turned into a hipster beer garden that looked like it was taken straight out of Portland. It was so nice to see him and have him meet Scott! We had a wonderful evening chatting and drinking.

When we got home Peter was waiting for us and told us his plan for the next few days. Before we got to Scotland, Peter had planned this amazing trip to the Scottish highlands for a mini road trip with him as a tour guide. We are so thankful for Peter and his time! He really thought of everything. We visited so much of the Scottish highlands, including Fort William, Glen Coe, Loch Ness (think lochness montster!!) Glen Fidden, saw the tallest peak in Scotland, Ben Nevis. We were supposed to climb it, but the weather wasn’t fantastic when we were there so it was a bit too dangerous. Peter had a plan B so we got to see plenty regardless. He took us to the famous castle Eilen Donan, we stopped for tea several times, and even went to the cutest distillery on the island of Skye. It really was beautiful even though it rained the most time, a mix of New Zealand, Oregon, and Montenegro. We will definitely be back to the Scottish highlands. 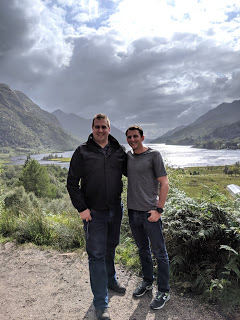 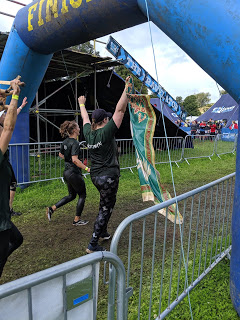 The second to last day we had in Scotland we hiked up Arthur’s seat with Peter to get a good look of Edinburgh. It was extremely windy, but picturesque all the same. After that we picked up Jen from church and headed to an obstacle race she was running in with some friends. It was so fun to watch her and her friends compete in the rain while we enjoyed hot chocolates and cheered her on. It was a really good day, plus two of my best friends happened to call that day to chat, so what’s better than all that! 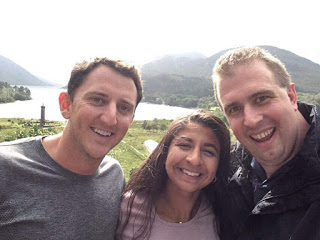 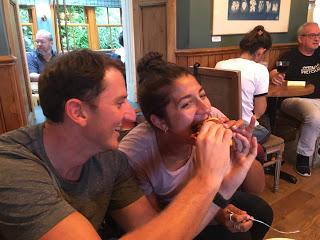 Our last day in Scotland was easygoing, we enjoyed our last morning with Peter and then spent part of the afternoon with Jen before heading to the airport. I’m thankful to have met more of Scott’s family and we are both grateful for their hospitality of showing us around and letting us crash with them for a week. We will miss the luxury of live music anytime of day, but I’m sure we will be able to find something similar in Dublin.